2 And you were dead in the trespasses and sins 2 in which you once walked, following the course of this world, following the prince of the power of the air, the spirit that is now at work in the sons of disobedience— 3 among whom we all once lived in the passions of our flesh, carrying out the desires of the body and the mind, and were by nature children of wrath, like the rest of mankind. (Eph 2:1-3)

I am excited about the message for today! If you were here last week you may recall that toward the end of the message, I talked about the importance of embracing, remembering that we have been justified by faith. And that remembering that, that we have received this undeserved grace of salvation and that because of Christ and His work, we have received by faith an entrance into the kingdom and presence of God and what this means is that we now have an unbelievable place of being in God’s favor both now and forever.

In that discussion, I mentioned that this truth was the great motivation for a man named William Wilberforce that propelled him to do more good works for God than any other truth that could motivate him. He was instrumental in ending the slave trade in the UK and did it almost single handedly. He was so assured and thrilled that God had saved Him by faith through Christ that He gave his life to Christian service simply in gratitude of what he had received. He believed that having been justified by Christ, he had all that he needed for all eternity and so he did not feel compelled to simply work for himself to gain much for himself, God had already taken care of him so he gave himself to good works out of a love for Christ.

Understanding right, true doctrine such as justification by faith leads to living in ways that are pleasing to the Lord and actually frees us to live in ways of service to God and others.

But, it is interesting that we can learn of these truths and learn of what Christ has done for us and provide for us and still remain luke warm regarding serving the Lord by serving others.

Why is this? Christ has saved us, given us eternal life, will provide for us forever, has rescued us from hell and yet we can not really be excited to serve Him.

I think part of the reason for this may be that we don’t really think we are that bad and so undeserving of what we have received. We may just think, well of course Jesus saved me and died for me, why wouldn’t He? We may think I’m not that bad, and maybe we even think we deserve what He did for us. We fail to see really, the desperate place that we were and how hopeless and helpless we were without Him. We may miss out on the grandeur of our salvation and how genuinely undeserving we were of it.

So today, I want us to see the greatness of our rescue and how only by Christ we have escaped eternal damnation in hell. And my hope is that our love for the Lord will grow stronger and our service to Him will be sweeter and full of joy.

We are to be zealous for good works but we will only be as we see the truth of who we were and what Christ has done for us.

The need for Christmas

I want us to go to a passage that really cuts to the heart of our greatest need and shows us the essence of Salvation. A passage that shows us why we need Christ.

Turn with me to Ephesians chapter 2 and I will begin reading in verse 1.

“And you He made alive, who were dead in trespasses and sin, in which you once walked according to the course of this world, according to the prince of the power of the air, the spirit who now works in the sons of disobedience, among whom also we all once conducted ourselves in the lusts of our flesh, fulfilling the desires of the flesh and of the mind, and were by nature children of wrath, just as the others.” (Eph. 2:1-3)

This passage gives to us a real, vivid, understandable presentation of why we need Christ…why we needed a Savior to come into this world. It presents the truth of our former position, that is the desperate situation in which we walked, without a Savior. It should cause us to tremble as we consider our former, as believers, helpless position, the depths from which we had to rise. I hope that as we consider this passage that we will have a renewed sense of gratitude towards God, for our Savior, for our Lord who has come to save, to rescue us from a life described here in all its ugliness and shame. My hope too is that we will have a renewed sense of hatred for sin, from which we have been saved.

A few years ago, Tammy got a call from a close friend. Our friend was desperate. She had just been told by her sister that her nephew who was about two years old could possibly die within an hour and there was nothing that could be done to save him. The child had been in perfect health. But that morning as his mother had been cleaning house, the young boy had gotten into some chemicals that she had been using and the mother found him with a bottle of a chemical in his mouth. She quickly called poison control and described the contents of the bottle to the attendant on the phone at the poison control center. She was told that if the child had actually inhaled the substance into his lungs that he would be dead within the hour. The mother of course was horrified. It was worse than anything she could ever imagine, her worst nightmare. She was told that nothing could be done. There was no antidote, no treatment, nothing. All she could do was watch and pray. That was it. As we heard the news we joined with her in prayer. And God who is rich in mercy saved that child. The child apparently did not inhale the chemicals or if he did, God chose to spare his life miraculously.

In the state of spiritual death by which sin is the cause, the only living that a person can do is stated in verse 2 which is “according to the prince of the power of the air, of the spirit that is now working in the sons of disobedience.” The world or Kosmos does not here represent simply the physical creation but the world order, the world’s system of values and way of doing things--the worlds course under the influence of Satan who is described as the “Prince of the power of the air.”

And while this seems awful to us there was a time when it was normal for us to walk in this way. That is how life was, Paul is saying.

Those who are of the world are of one mind because they have a common leader and he is described in our passage as the “prince of the power of the air” Satan is now the ruler of the world and until the Lord casts him out (John 12:31) he will continue to rule.

The power of the air probably refers to Satan’s host of demons who exist in the heavenly sphere. Paul has this in mind in Eph 6:12 where he warns of “the spiritual forces of wickedness in the heavenly places.” During the present age he and his demons dominate, pressure and control unsaved people. He is the personification of spiritual death because he is the personification of rebellion against God-- and so is the system he has designed.

Those who are walking according to the world are described as sons of disobedience which is a Hebrew expression that describes a person characterized by disobedience. Paul makes clear this identifying characteristic of disobedience to God when he states absolutely that

“you are slaves of the one whom you obey, either of sin resulting in death, or of obedience resulting in righteousness”(Rom 6:16)

He then in Rom 6:17 characterizes the believer as the one who obeys God

"you became obedient from the heart."

But I want you to see that Paul’s primary purpose here is not to show how unsaved people now live--though the teaching is valuable for that purpose -- but to remind believers how they themselves formerly walked and formerly lived. Why the reminder, why the sometimes painful reminder? Because Paul wants us to remember Christ! That is why! He wants us to remember Christ as the coming of our Savior who rescued us from a path that we were on. To remind us of the need for Christ, the need for the birth of Christ that led to His ministry and eventually His death and resurrection.

"All of us once lived in the lusts of our flesh, indulging the desires of the flesh and of the mind, and were by nature children of wrath, even as the rest.”

You see, we do not read this passage with the intent of beating up ourselves or being disgusted with the lost. WE do not study this passage in order to drag those people down and speak of them with disdain and contempt. No, the sobering truth of the passage is this; that these things characterize our former walk. It is describing us, our past. This is where we were. This lifestyle, this way of living, this way of thinking, these are the things from which we have been delivered because Christ came into the world.

This is justification by faith, faith in Christ. He rescued us from an eternally condemning path, justified us before God with His life and promises to shower blessing on us for all eternity.

Are we grateful for this? If so, then how do you respond to what He has done for you? Do these truths drive you zealously to good works? Does your new position in Christ lead you to serve others with zeal? Are you so grateful for what Jesus has done for you that you give your all in service to Him? Is your life His, do you live for Him because that is what you were saved to do, to live for Him! Don’t go through life with inferior goals when you were saved for His glory. As we saw last week, the treasures of this world are fleeting, only our work for Christ will last! 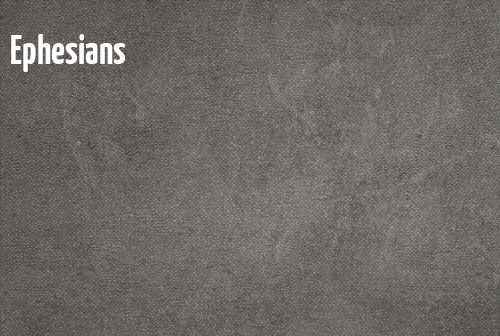 Praise and Prayers for Believers

Our Divine Inheritance is Guaranteed